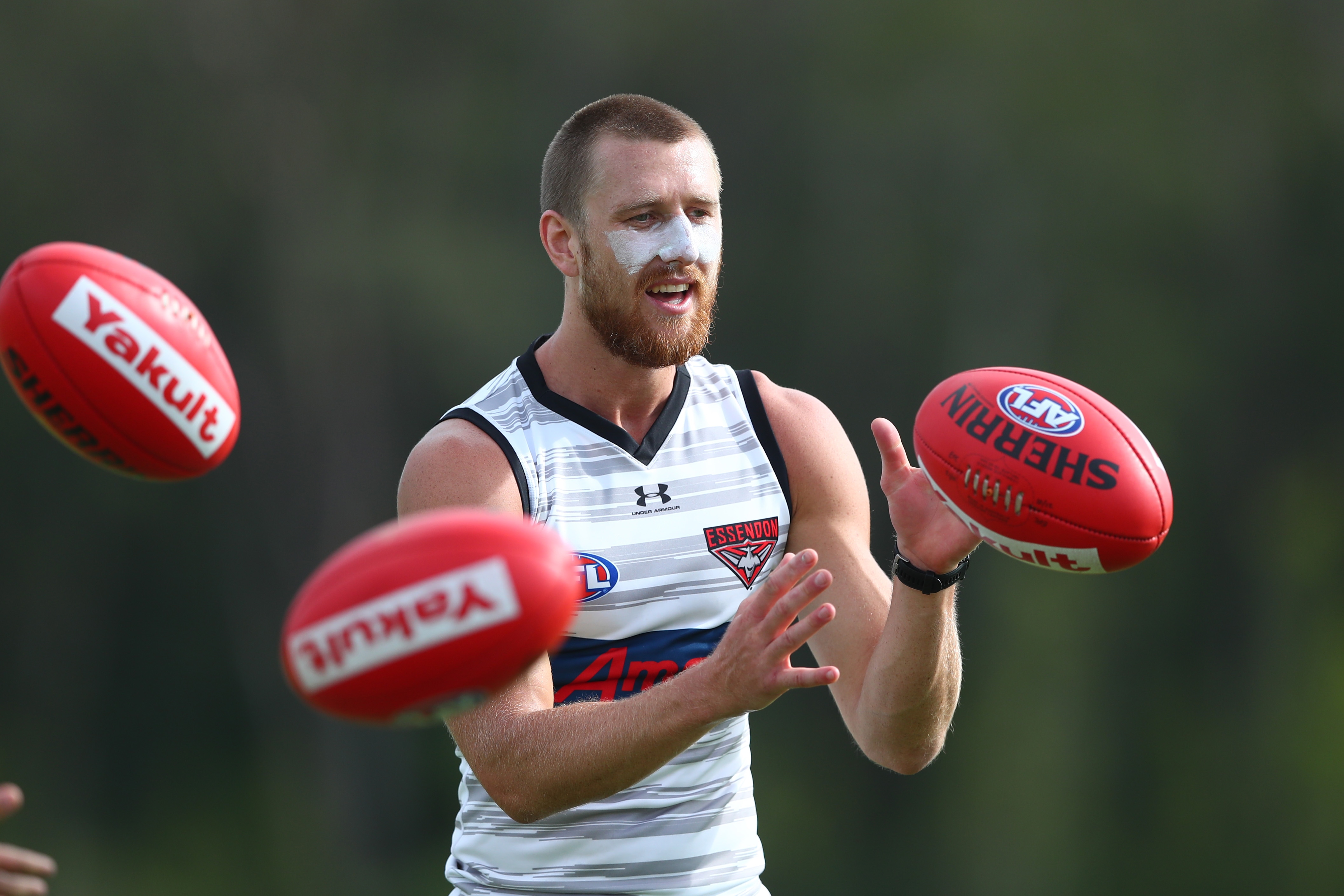 Murphy, who took over as the Bombers’ head of strength and conditioning ahead of last year’s pre-season, had previously worked with Hawthorn, including during the Hawks’ three-peat premiership era.

He said his first pre-season at Tullamarine had shown him the Bombers know how to train at a high level, but need to find a better balance with their approach.

“They train bloody hard. They almost went too hard,” he told the club’s website.

“They had an appetite to go bull-at-a-gate but they couldn’t control themselves. I think the good teams like Richmond, like Collingwood, like the time I was at Hawthorn, these teams that know when to go, and when to pull back a little bit and control themselves, are the teams that play their footy the same way.

“But they’re also the ones who train the same way and can get the best out of their bodies.”

Murphy served an apprenticeship under renowned former Hawks fitness boss Andrew Russell, who is now leading Carlton’s fitness regime. He said the pulling the Bombers’ back has been the biggest adjustment as the club comes to terms with his methods.

“In reflection it’s actually been a real positive from the group because it’s trying to teach them the other way – that there’s times that we don’t want to go [as hard],” he said.

“It [might be] an aerobic session or if it’s a session that we just want to consolidate a little bit because we’ve got another session coming up, we’ve got to be able to pull back.

Murphy said the club’s injury levels were now “in a pretty good space” as the competition works through its shutdown period due to the coronavirus crisis, with Joe Daniher (groin) the only senior regular who will be touch-and-go to play if games resume around mid-year.

Dyson Heppell (foot), Patrick Ambrose (knee) and Cale Hooker (hip) were also unavailable through injury for Essendon’s round one win over Fremantle.

Murphy said it would take time to see training adjustments come into effect.

“We’ve got a fair bit more into their bodies this year from a running load but also from a footy perspective it’s been ramped up a little bit as well. That will take a bit of time adapting to that and being able to actually do more of those sessions repeatedly across time,” he said.

“I’d say [over] a two-to-three year period hopefully we’re able to see the benefits of those sessions.”

How Yoga Reduces Anxiety and Relaxes Your Body

Life In Question with IN-Q